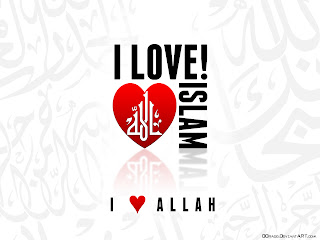 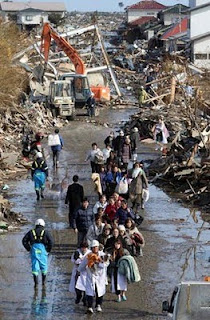 "The aftermath of the earthquake and tsunami included both a humanitarian crisis and a major economic impact. The tsunami resulted in over 300,000 refugees in the Tōhoku region, and shortages of food, water, shelter, medicine and fuel for survivors. In response the Japanese government mobilized the Self-Defence Forces, whilst many countries sent search and rescue teams to help search for survivors. Aid organizations both in Japan and worldwide also responded, with the Japanese Red Cross reporting $490 million in donations. The economic impact included both immediate problems, with industrial production suspended in many factories, and the longer term issue of the cost of rebuilding which has been estimated at ¥10 trillion ($122 billion)."

"Estimates of theTohoku earthquake's magnitude make it the most powerful known earthquake to have hit Japan, and one of the five most powerful earthquakes in the world overall since modern record-keeping began in 1900. Japanese Prime Minister Naoto Kan said, "In the 65 years after the end of World War II, this is the toughest and the most difficult crisis for Japan." The earthquake moved Honshu 2.4 m (7.9 ft) east and shifted the Earth on its axis by almost 10 cm (3.9 in). Early estimates placed insured losses from the earthquake alone at US$14.5 to $34.6 billion. The Bank of Japan offered 15 trillion yen (US$183 billion) to the banking system on 14 March in an effort to normalize market conditions. On 21 March, theWorld Bank estimated damage between US$122 billion and $235 billion. Japan's government said the cost of the earthquake and tsunami that devastated the northeast could reach $309 billion, making it the world's most expensive natural disaster on record."

" Workers have been reluctant to talk to the media about what they are experiencing, but one who spent several days at the plant described difficult conditions in an anonymous interview published Saturday in the national Mainichi newspaper.

When he was called in mid-March to help restore power at the plant, he said he did not tell his family because he did not want them to worry. But he did tell a friend to notify his parents if he did not return in two weeks.

"I feel very strongly that there is nobody but us to do this job, and we cannot go home until we finish the work," he said.

Early on, the company ran out of full radiation suits, forcing workers to create improvised versions of items such as nylon booties they were supposed to pull over their shoes.

"But we only put something like plastic garbage bags you can buy at a convenience store and sealed them with masking tape," he said.

He said the tsunami littered the area around the plant with dead fish and sharks, and the quake opened holes in the ground that tripped up some workers who could not see through large gas masks. They had to yell at one another to be heard through the masks.

"It's hard to move while wearing a gas mask," he said. "While working, the gas mask came off several times. Maybe I must have inhaled much radiation."

Radiation is also a concern for people living around the plant. In the city of Koriyama, Tadashi and Ritsuko Yanai and their 1-month-old baby have spent the past three weeks in a sports arena converted into a shelter. Baby Kaon, born a week before the quake, has grown accustomed to life there, including frequent radiation screenings, but his parents have not. Their home is fine, but they had to leave because it is six miles from the nuclear plant.

Asked if he had anything he would like to say to the prime minister, the 32-year-old father paused to think and then replied: "We want to go home. That's all, we just want to go home."

In Natori, where about 1,700 people are living in shelters, others had stronger words for Kan. Toru Sato, 57, lost both his wife and his house in the tsunami and said he was bothered that Kan's visit to the quake zone was so brief -- about a half day.

"He's just showing up for an appearance," Sato said. "He should spend time to talk to various people, and listen to what they need." 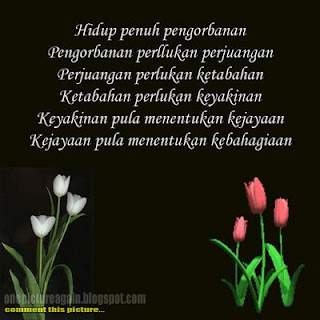